Back to School Campaign

We provide scholarships to ensure all children of school age are not denied the opportunity of a good education. We understand that it is not just enough to get children to school, it is also important to invest in their well-being. In doing this, we also provide basic instructional materials and daily meals to students.

The current situation of things

Terrorism: According to United Nations, as at 2017, approximately three million children in northeastern Nigeria were in urgent need of education. This is due to the destruction of school buildings and several educational facilities by the notorious sect, Boko Haram. It should be noted that the meaning of Boko Haram is ‘western education is a sin’. This goes to show what their major focus is. Once they are able to bring educational activities in the north to a stop, it will be easy for them to use the unschooled children who don’t know better as agents of destruction.

Poverty: As a result of the negative impact terrorism has had on the economy of the north, several parents have been unable to send their children back to school or pay for their academic expenses.

Child marriages: The stay at home decision that was made by many of these children and their parents has led to several unhealthy things such as early marriages, unwanted pregnancies, and the worst of all, recruitment by religious extremists such as Boko Haram.

To give you a clearer idea of this problem, reports show that about 62 percent of girls in northeastern Nigeria get married before their 18th birthday and 23.5 percent of them before their 15th birthday. It’s difficult for these children, once they are married, to continue with their education.

The current plan of action

Having completed 3 school building projects in Northern Nigeria and done a host of other things, the Children Empowerment Fund has decided to embark on a Back to school campaign for september 2021. This campaign will see to it that 200 children who are currently out of school in Niger state return to school by September 2021. In other words, their school fees as well as academic materials are paid for - for a session.

What this will result into

This campaign will go a long way in ensuring children return to school so they can become useful members of society. This way, we would greatly reduce and eventually eradicate the use of uneducated children as prey/victims for religious extremists and political propaganda. It will also help to raise children who will then enlighten their community on the inappropriateness of child marriages as well as sexual misconduct.

How you can come in

To send a child back to school, it costs as little as ₦100,000 for a session. And to make this a reality, we are counting on your benevolence and generosity. Your financial contribution will go a long way in helping us realise this vision. And there is no limit to what you can do. As a matter of fact, we have few categories for you to choose from: 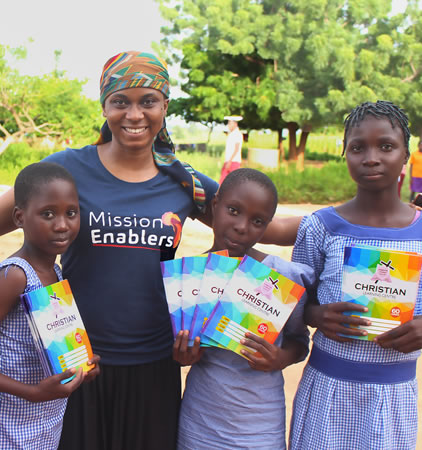